Are you frustrated that the Wordle page only lets you play once a day? Well, you’re not alone. The interest in Wordle has been monumental over the last couple of weeks. It’s one of those rare projects that just happen to pick up steam, and off they go.

I still remember when Flappy Bird came out, and all the buzz it generated.

Wordle, in many ways, has the same buzz surrounding it.

It is an innocent project for a word guessing game that is both fun and interactive. From celebrities sharing their results on Twitter to major news networks picking up the story.

Wordle is a tiny pocket of escaping the busyness of life, if only for a few minutes a day.

Is there an official Wordle mobile app?

Even though both Google Play and App Store have games listed with the same name, there is no official mobile app from the creator of Wordle’s web version. Josh Wardle, the creator, has been extremely transparent in keeping Wordle a free game.

He has shown no interest in making money from the project and simply wants people to have fun. As such, paying for a premium version of Wordle has no association with its original author. In other words, your money will be going to copycats.

The following alternatives are all free projects. They’ve been built by people who were inspired by the original. And, I have to warn you, some of these are going to drive you absolutely crazy. Some are evil, others make you guess words based on criteria.

If you have built an alternative to Wordle – let me know in the comments. I’m happy to include other free projects if they aren’t already listed here.

While most of these are similar to Wordle in terms of gameplay, the main thing we want is to play Wordle with no limit!

Let’s have a look then.

We've seen a fair share of music-based Wordle games, but Heardle takes it a step further.

In this one, you have 6 tries to guess the correct song playing. Each time you skip a guess or make the wrong one, your timer will increase by a few seconds. This timer directly relates to the amount of the song that you can listen to.

The songs included in this game stem from the most listened to songs from the last 10 years. Give it a go and see if your music chops are as good as you think!

Summle is yet another Wordle alternative for math lovers!

In this one, you have to achieve the sum of the daily target number in less than five tries. You're provided a selection of number tiles, which can only be used once. Though, as the author says himself, in some cases you might not need all the tiles.

One last thing to note is that you can create custom equation outcomes, and then use that outcome as the next number input for your follow-up guesses. E.g. If you do 8x9 you get 72 - you can then click on 72 to use it as the next number tile. Quite straightforward.

Hurdle is a Wordle alternative with a few twists. I can say with conviction that this one is going to be a lot more challenging than the original. And here are the reasons why:

So, to summarize, the only way to guess the word correctly is by keeping track of it in your mind. Well, a notepad will do just fine, too.

As for the hints, Hurdle provides a separate column with 2 rows.

The first row will display the number of letters in the correct position. And the second row will show how many of the letters of your guess are in the secret word.

I have provided a sample screenshot above to give you a general idea. Also, be advised that you can only play this once a day. But, because of the added challenge - you get a lot more chances at trying to guess the correct word.

Chances are, you have seen "Daily Quordle" trending on Twitter. It's a new and exciting alternative to Wordle with a unique twist. The premise for Quordle is that you get to play four Wordles at the same time.

The way that Quordle works is the same as the base game. The only exception is that now you have to guess four words. To make it less intimidating, the author has made it so that you have additional guesses - 9 to be exact.

Want to put your geographical prowess to the test?

Want to play Wordle forever? This project will let you do just that. hello wordl can be played indefinitely. But, also, you can choose between the letter length. It goes from 4 letters all the way to 11 – which should give you plenty of challenge if you’re up for it.

You can enable Hard Mode – making it so that you have to use all the clues you have on the following guesses. You can follow the author on Twitter: @chordbug.

Wordle has an evil twin, and it’s going to drive you crazy! Evil Wordle works by letting you guess any word, based on the remaining letters you haven’t yet uncovered. Essentially, you have to guess as many words as possible until only one choice remains.

After trying it a few times, I learned that by the end – some words will have repeating letters but the game won’t specify it. So, if none of the letters make up an actual word – reuse existing ones you have already guessed.

I think this is the one that is going to give you the most trouble out of any Wordle alternative. It is built to be as adversarial as possible, with the intention to prolong each game. This is achieved through a custom algorithm written by the author.

Wordle picks a single secret word at the beginning of the game, and then you have to guess it. Absurdle gives the impression of picking a single secret word, but instead what it actually does is consider the entire list of all possible secret words which conform to your guesses so far. Each time you guess, Absurdle prunes its internal list as little as possible, attempting to intentionally prolong the game as much as possible.

Absurdle has no limit on the number of guesses you can make.

And this is needed because the algorithm supporting the game is intentionally trying to avoid making you guess the correct word. Let me know if you came up with a clever way to beat this interesting approach. I certainly struggle a lot with it.

Not everything has to be about words, right? This project from Kiru takes an alternative spin to Wordle by introducing a numbers-based game! The premise is simple enough - try and guess either the addition or subtraction in as few tries as possible.

Mathle works like any other Wordle-style spinoff. You'll get color indications every time you make a correct or incorrect guess. Also, remember that you also have to solve the actual equation every time you type one in.

Web Wordle is literally the "play all you can" solution for your Wordle problems. It works just like the original game, with the exception of being able to reset it whenever you like. The reset button is an asterisk (*) near the question mark at the top of the page.

Numberle is another Wordle spinoff that involves numbers. Instead of guessing the daily word, you can guess the daily number instead.

It's a lot less daunting in terms of the possibilities for correct outcomes. But, even then, a great way to burn some time while waiting in line for a bus or a movie ticket.

Squabble is a new exciting Worlde spoof that introduces multiplayer functionality! Have you ever wanted to battle it out with your friends in a game of Wordle? Now you can.

While the game is still being actively developed, you can already partake in the Blitz mode.

This mode creates room for 2 to 5 players, and everyone has limited time to guess the correct word. Squabble follows the same mechanics as the original Wordle game. Yellow for confirming that a letter exists in the word, and Green to confirm that the letter is in the right spot. Though, be warned that there is a time limit for all guesses. No slouching!

Chances are that over the coming weeks, more creators will take part in creating Wordle alternatives. So, to keep this list as tidy as possible – here are the honorable mentions.

The best starting word for Wordle

Wordle has piqued the interest not just of regular folk. Data scientists, mathematicians, and programmers all have jumped onto the opportunity to flex their grey matter.

The YouTube creator Grant Sanderson - 3Blue1Brown - published an extensive 30-minute video on figuring out the best starting word for Wordle.

Personally, my favorite starting words are:

These specific words remove a lot of the common letters. What about you? What are your favorite words for starting a game of Wordle? Let me know in the comments.

In an interesting turn of events, the New York Times has bought the Wordle game. Naturally, this is going to leave you wondering if the original game is going to remain free. And the answer is yes, as this was confirmed by the original owner Josh.

I think because NYTimes paid a decent sum of money for Wordle, there is the possibility that the experience of playing the official game is going to change slightly. But in saying that, there are now hundreds of Wordle alternatives out in the open.

What we do know is that once the official Wordle moves to New York Times domain, there is a plan to move all existing player streaks, too. So, all the progress you have made over the last couple of months will not be lost.

An Interview with Josh Wardle

If you have been reading my post about web development podcasts, you already know that I am a fan of the Syntax podcast. And, in their most recent episode - they did an interview with the creator of Wordle, Josh. This is exciting news!

Interesting tidbits from the interview:

If you haven't yet, definitely make sure to check out this episode. 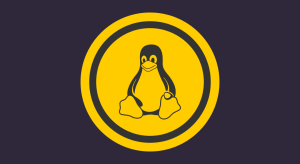 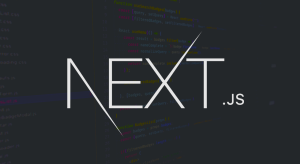